Fairmont Among Best Places to Start a Business 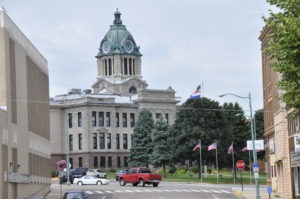 Yes, Minnesota can be a deep freeze — 1996 brought a whopping record low of 60 below zero. But educated residents and major companies headquartered here are warm to Minnesota. With a strong economy and highly educated workforce, the Gopher State is a solid place to start a business, a NerdWallet analysis has found.

Minnesota has the sixth-lowest unemployment rate in the country at 3.6%, according to the U.S. Bureau of Labor Statistics. It’s home to public companies such as Target, Best Buy and UnitedHealth Group, and private companies including Andersen Corp., Cargill and Carlson.

“We have a lot of smart, educated and affluent people here,” says Julie Kearns, owner of Junket: Tossed & Found, a Minneapolis shop showcasing vintage and local art. In this state, 48% of residents age 25 and older have an associate’s degree or higher college credential, which places the state second only to Massachusetts (52%), according to the Minnesota Office of Higher Education.

Minnesota residents are also a connected bunch, Kearns says. “People maintain relationships since kindergarten. So, when you’re from here, I think your access to an extended network is stronger than it might be coming from elsewhere.”

To determine the best places to start a business in Minnesota, NerdWallet looked at 123 places with a population of 5,000 or more and considered six metrics in two categories:

Business environment. This category makes up 65% of the total score. We looked at the average revenue of businesses in each community, the percentage of businesses with paid employees and the number of businesses per 100 people.

Local economic health. In this category, which makes up 35% of the total score, we looked at factors such as median annual income, median annual housing costs and unemployment rates.

To determine this ranking, NerdWallet examined 123 places in Minnesota with populations of 5,000 or more and analyzed the following factors:

With a population of 10,553, Fairmont has 870 businesses – nearly half of which have paid employees (41.95%). These businesses also maintain high average revenue per business of $1,854,455. Fairmont’s low unemployment rate offers a strong business landscape for aspiring small business owners.